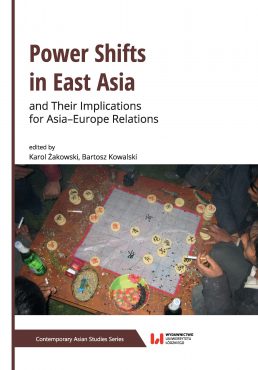 East Asia has attracted great interest not only due to its economic, demographic and cultural potential, but also thanks to its rapidly rising international position. While in the past it was Japan that could be considered as a forerunner of economic and societal changes on the Asian continent, at present it is China that holds a dominant position in terms of economic, political and military power. China’s rapid rise has led both to increase in tensions in East Asia and to intensification of the efforts to institutionalize multi­lateral dialogue in the region. This edited volume aims to analyze the changes in distribution of power in East Asia at the beginning of the 21st century as well as their implications for the development of relations between Asian and European countries. The multi-dimensional analysis of political, economic, and societal shifts in East Asia will contribute to better understanding of the complex factors influencing Asia-Europe relations.

Evolution of East Asian Economies and Societies 69
Mirosław Jurdeczka, Transition Economy of Vietnam: A New Horizon of Opportunities 71
Eunwon Yi, “Enemies of the People” in the Democratic People’s Republic of Korea: The Political Meaning of Human Rights Violations Against Them 93
Natalia Zajączkowska, The Caste System in Contemporary Indian Democracy 117

Shift in Asia–Europe Relations 131
Marsela Musabelliu, The Man with a Dream and a Plan: Xi Jinping, the “Chinese Dream” and the Belt and Road Initiative 133
Jeremy Garlick, China–EU Energy Security Cooperation: The Case for Renewables 145
Mateusz Smolaga, Multilateral Development Banks as Instruments of EU–Asian Relations 159
Hongfei Gu, Can Asymmetric Relationships Work Together? A Quantitative Approach of “16+1” Cooperation Mechanism 187
Karol Żakowski, Values or Interests? Japan’s Relations with European Countries under the Abe Administration 213