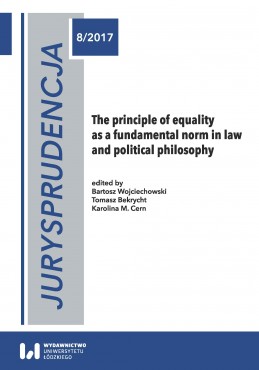 Jurysprudencja 8. The principle of equality as a fundamental norm in law and political philosophy

Equality has been discussed for thousands years in the fields of philosophy and law and most recently in the social sciences and humanities. This discussion has raised most of the philosophical, moral, legal and political questions that are connected with the issues of justice and freedom. However, little discussion has focused on whether citizenship makes people equal or whether those who are equal are recognised as fellow citizens; whether freedom renders all people equal; whether we are equally free to differentiate ourselves from one another. Moreover, the extent to which the principle of equality should include the respect for human diversity still remains an open question.