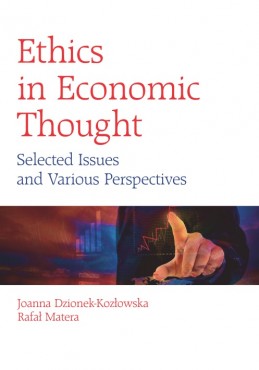 The monograph repeatedly covers the question of the actual purpose of running an economic activity as well as the problem of referring to ethical values by entrepreneurs and the Aristotelian dilemmas differentiating between needs and wants so as to better understand the evolution of societies towards consumerism. On the other hand, we referred also to the meaning of cultural factors, the role of religion or, in generał terms, the significance of informal institutions in the development of societies. We tried to identify them in the context of the discussed problems of wealth and poverty of nations, reminding the reader in a way that the non-solved question has been a major issue of economic research for years, put on a kind of pedestal of the problems analysed in economics by the father of the discipline – Adam Smith. In respective chapters we referred to the concept present in modem economic literature of stimulating development and providing equal opportunities for less developed countries, which led to pondering about the role of the country in the economy both in a national and global context.