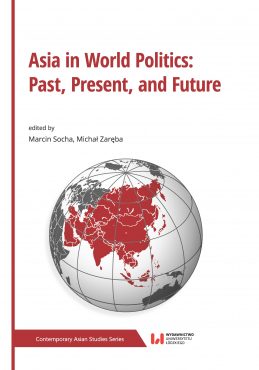 Asia in World Politics: Past, Present, and Future

Quick growth of Chinese economy heralded a shift in the balance of power in the Asia-Pacific. In recent years China’s growing assertiveness, manifested by growing military presence in South China Sea, has been perceived as a major security challenge by most of the countries in the region. This situation is not simply a result of the recent changes in economic and political situation in the country, but rather a manifestation of a long history of building economic and political ties in the region and materialization of Chinese ambitions. It seems that China is finally able to materialize its long-time political ambitions in the region.

Other security challenges like the nuclear program of North Korea and changing political situation in Myanmar attested to the increasing uncertainty of security situation in Asia which affects the global geopolitical landscape. Change of power in the United States, and Election of Donald Trump as American president in November 2016 was a signal of another shift in the regional security situation. New president following the slogan “America First” launched a process of renegotiating existing security treaties with Asian allies and presented a mare aggressive stance on China which very soon turned into a serious trade conflict. This monograph illustrates different aspects of these complex power shifts and their influence on the current geopolitical situation in the region.